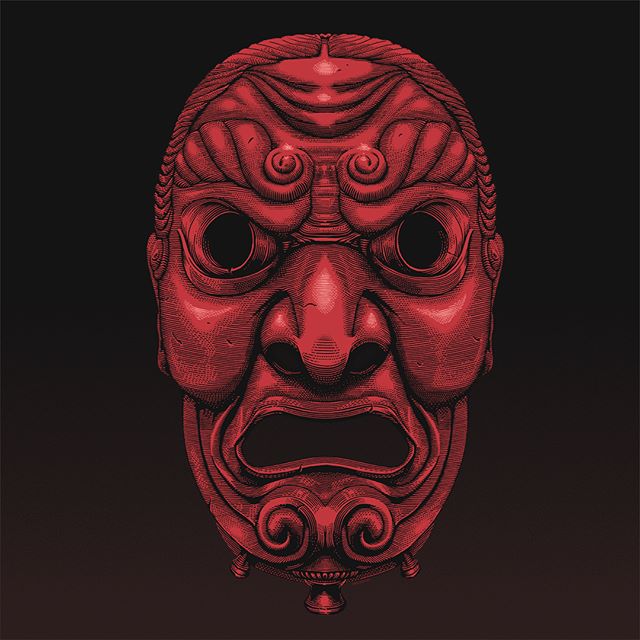 ➡️➡️SWIPE➡️➡️
I can now share my work for Colle Der Fomento’s last musical effort, #Adversus which has been released yesterday and is their first, much waited, record in over ten years.
It’s an illustrated rendition of the mask pictured on the album’s cover to be used for any graphical purpouse, from merchandising to advertising.
–
I’m not a rap person but working for the guys is working with one of Italy’s most brilliant musical ensembles and a proudly independent roman glory since 1994. Great people all around, too.
It has been a pleasure and a honor of this comeback guys! 🎩👹