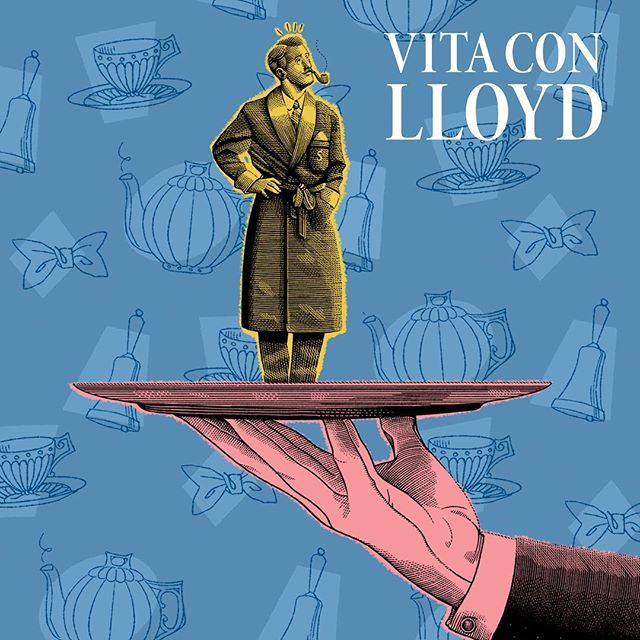 @vitaconlloyd (Life with Lloyd) is a surreal collection of bittersweet dialogues between a man and his imaginary butler, Lloyd. It started as facebook page an then became a series of best-selling books and a pop culture phenomenon.
Being me and his author, Simone, longtime friends and having seen every step of the project since its birth, it was time for me to homage it with a little illustration, inspired by mid-century editorial art, in the vein of the series’ retro, wordly, comedic touch. ☕️🎩