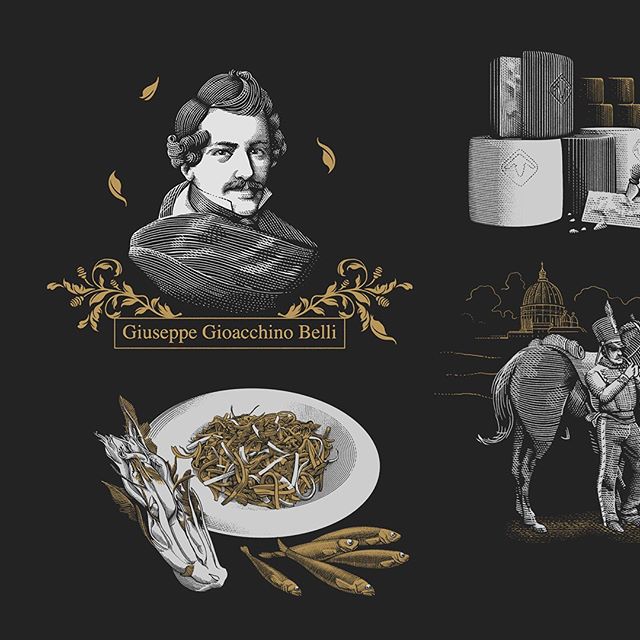 This year i have worked with @mccann_mw for the interface design of the brand new @mastercarditalia Bistro, the first cash-less restaurant in Italy, located in the international airport of Rome Fiumicino.
I have produced a set of spot illustrations, people and ingredients, to narrate the roman traditional cuisine and its #history on the interactive digital menu-tables.
A funny and challenging project.
AD by Alessio Bianconi. 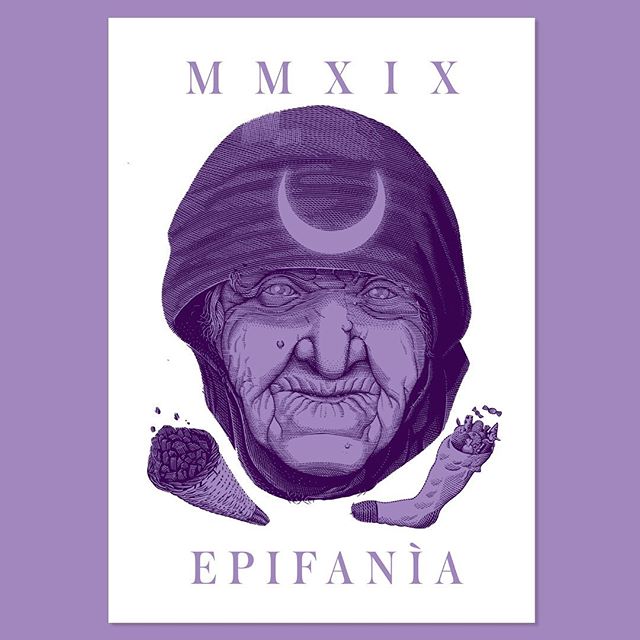 This time my non-catholic holiday card is dedicated to one of the oldest and most syncretic figures of western festivities, the #Befana
Its origins are unsure and the myth dates back to the night of times, one of the most common interpretation tends to assimilate her to the #Saturn the elder myth but in a female form, probably associated with goddess Diana (hence the crescent #moon i’ve places on her forehead).
–
A figure symbolizing the death of the old year with her crone appeareance and the rebirth in the new one with the distribution of gifts. Even elder traditions told stories of magical female figures flying over the winter fields, making them fertile for the next season (this probably explains the flying broom of the Befana). What is sure about her is that the Befana is Rome’s oldest and most beloved, present, holiday figure; she’s awaited every 6th of January to bring children coal or sweets and fruits, depending on if they’ve behaved good or bad during the past year.
–
Her celebration closes with a bang the traditional italian #holidays calendar in a magical, somewhat spooky, way.
–
Again, happy Holidays everyone!
🌙👵🏻🎁 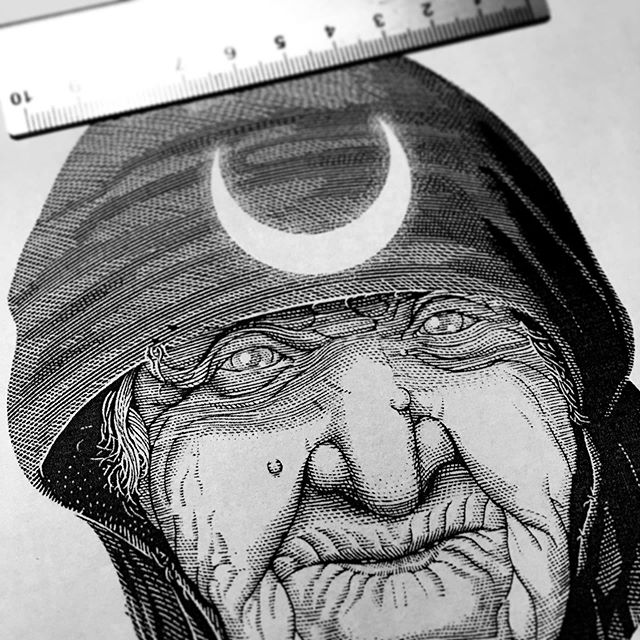 Work in progress for this year’s non-catholic #Christmas card…